PANTELIS FROM THE «SUNSET» PROJECT ADOPTED!

Pantelis had been found disoriented in 2013 - severely injured by hits, he only had about 10% of his vision left. Presumably the pit bull had been used for dog fights, beaten and then dumped on the street. For one year he has found a private garden where he could live and was fed. But Pantelis barked too much out of loneliness and people threw stones at him. So he came to the project “Sunset” and turned out to be a real cuddly bear in the Shelter with loving care. Pantelis is simply an older and huge puppy. But Lisa never stopped trying to find him a home...and the miracle happened!

Linda is an english woman living on the island of Kefalonia and wanted to take Pantelis in as soon as she saw him in Lisa's call. On November 16th, Pantelis and a friend of Linda's started their journey into his happiness. All the best Pantelis! 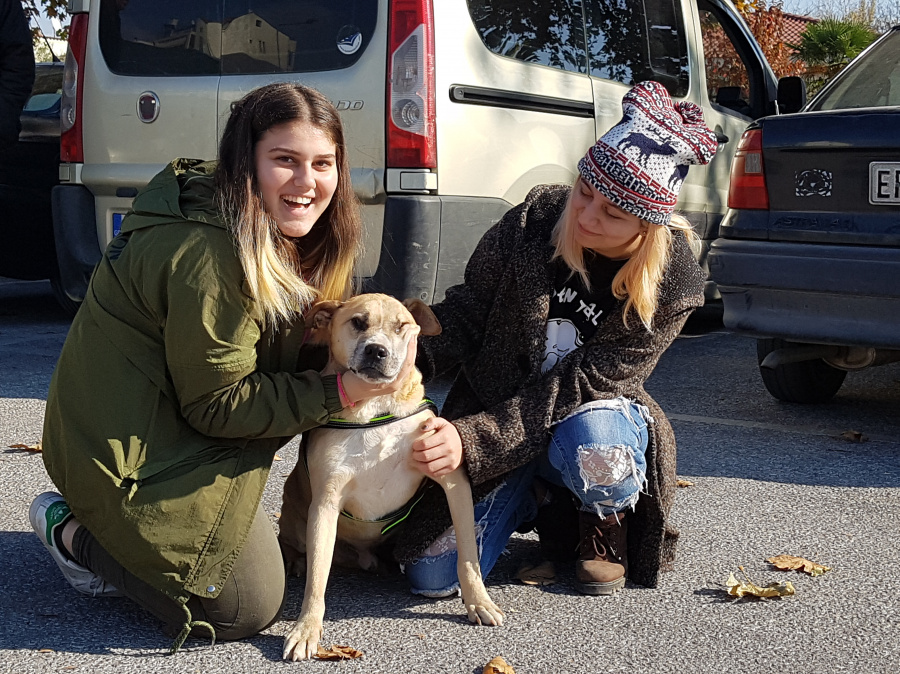 At the parking lot, the agreed place of hand over to Stuart, who would bring Pantelis to his new home. 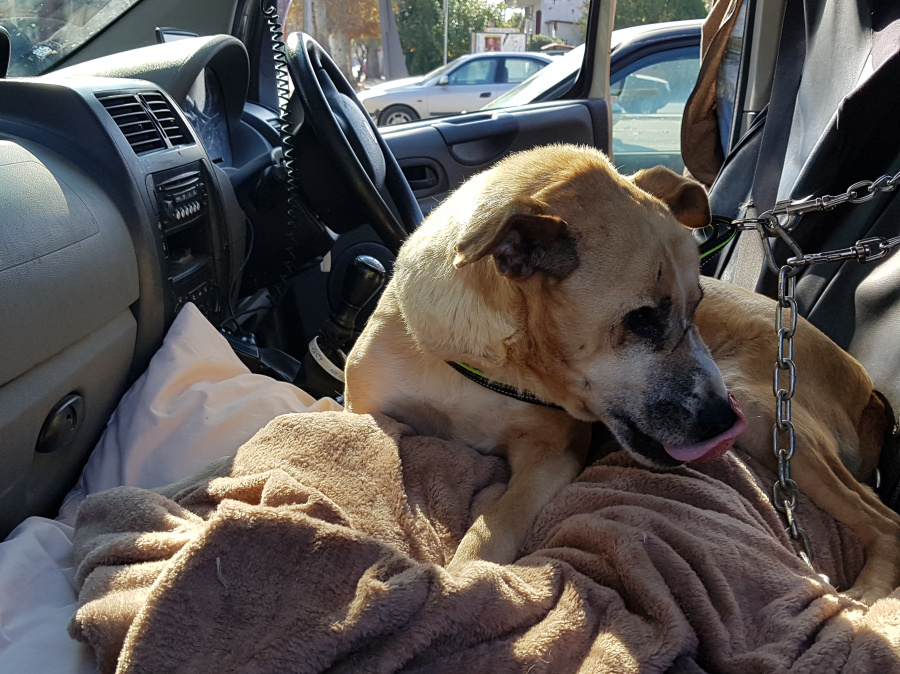 Stuart made the long trip especially to pick up Pantelis personally in Serres and bring him to Linda. Now it's time for the journey into happiness! 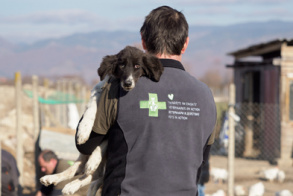 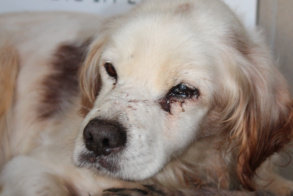