Finally: An animal torturer is also convicted in the second instance!

A great success for the work of Vets in Action in the field of law enforcement and a clear sign that cruelty to animals can no longer be a trivial offense in the future.

In 2017 near Thessaloniki, M.R. causes immense suffering and terrible wounds of his dog.
Vets in Action react and liberate the dog saving her life with intensive care and several operations. Next step that we took was to accuse the owner and bring him to court.
He was found guilty in the first instance. But he does not accept the judgment, denies any responsibility and moves the case to the next higher level.
Today, two years later: What a success and relief! The perpetrator was also found guilty in the second instance!

Vets in Action stand up for the animals in court: the time of unpunished cruelty to animals should finally be over! Your support makes this possible and gives the animals a little more security against the cruelty of humans.
Fortunately, Agapi has found a wonderful home and can slowly forget her wounds. 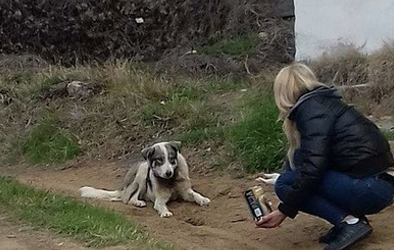 Our employee Zoi is trying to gain Agapi’s trust with a lot of patience. 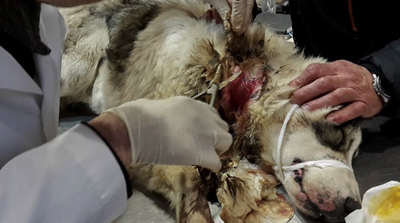 The first examination shows Agapi's deep wounds because a rope notched into her neck. She needs good care now. 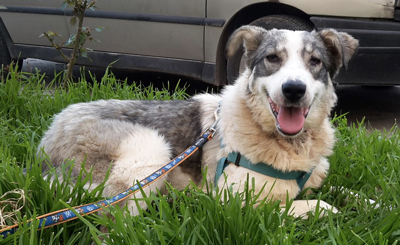 Agapi today - a wonderful animal, despite everything still full of love. 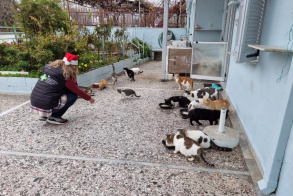 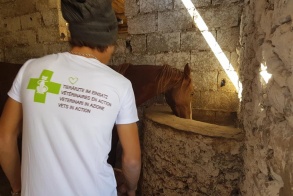 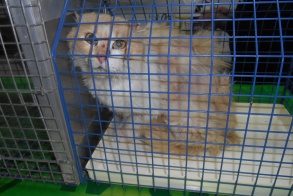 The story of Tiger